This week Phil Spencer , VP of Gaming at Microsoft, has confirmed that Xbox will be at E3 and bringing a “deep portfolio” of games to show off. His tweet states that they had a meeting on February 15th to discuss what titles will be revealed. He also mentioned that “Console launch years are just special”.

That they are! This year we look forward to the full reveal of Xbox Series X. We have many questions that have spawned from the trickle of specs so far rumored. How will this work with XCloud? Will this have a it’s own version of Xbox All Access, which provides an Xbox and Gamepass for a monthly fee? How will this Xbox handle 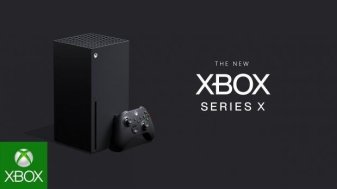 backwards compatibility? And most importantly, why should I buy an Xbox over PS5? Recent comments made by Spencer toted that all of Xbox games will be stream-able, much like Google Stadia. Meaning you can play the full library on your PC, tablet, or phone. It makes more sense to buy the PS5 and stream the Xbox library from what information we have so far. I want Xbox to bring something to the stage to make me say, “I have to have one!”

As for Xbox Games, we have so much to look forward too. Chiefly, it’s a Halo year! Halo Infinite might sell the Xbox all by itself, being Microsoft’s most dominant exclusive and mascot of the system. From the little we’ve seen at past E3s we can presume that this will be a sprawling new world with many other players involved. This would add a little Destiny into Halo. Interesting choice since Destiny is made by Halo’s former development studio, Bungie. Other games to get ready for is a new Hellblade, Updates to Sea of Thieves, and the recent embrace of Ark: Survival Evolved.

The Xbox stage at E3 2020 will be an exciting event that will prove to be a pillar of this year’s convention. We will be covering all events individually and break down the big announcements with our reactions and speculations.